It’s not laziness that keeps people from the gym 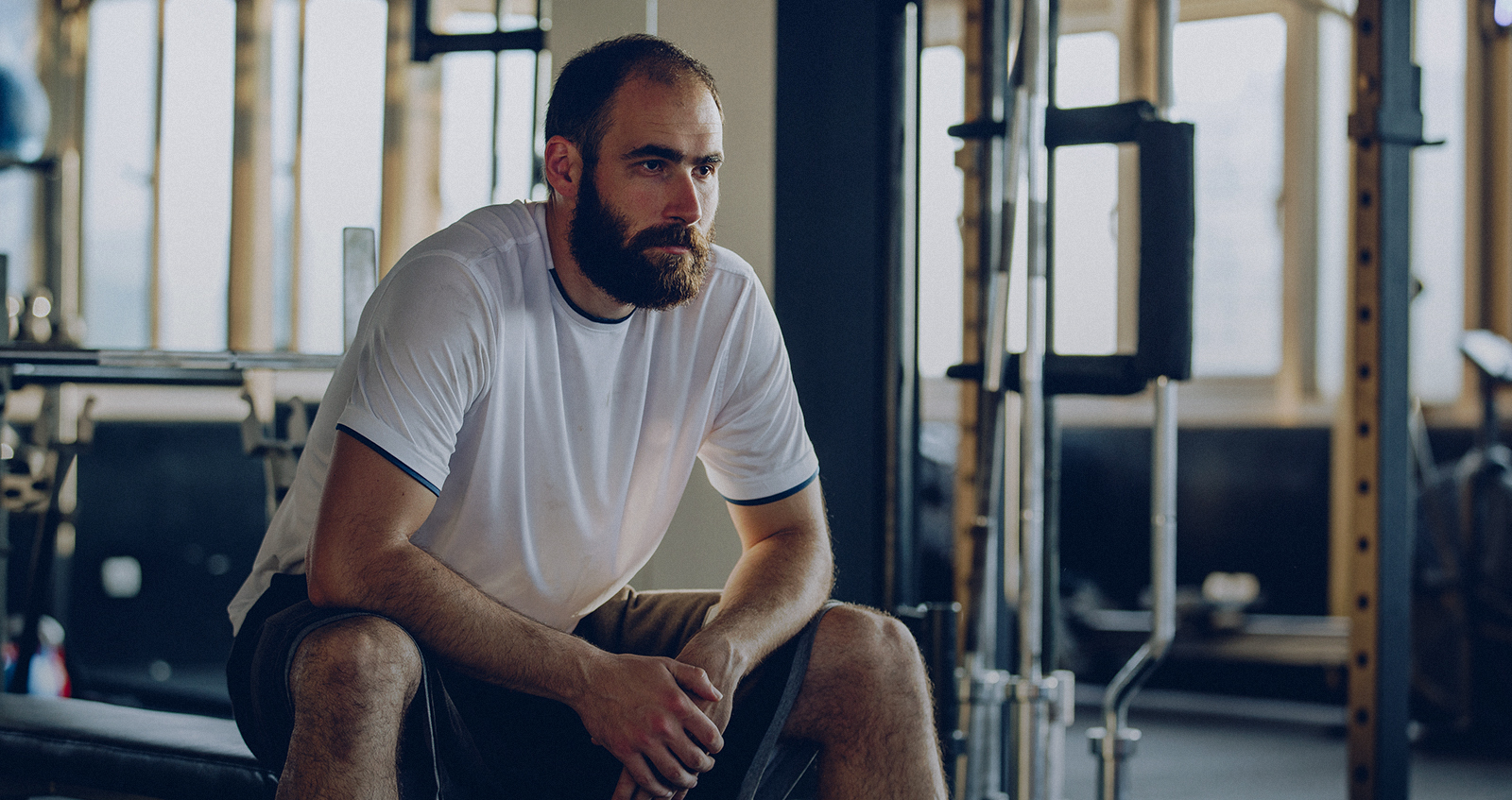 With boutique fitness studios gaining popularity and an influx of fitness apps that offer the convenience of at-home workouts, people have more options than ever to become more active. It puts the traditional gym in an interesting position.

You’ve likely heard someone in your life utter the words, “I’m just not a gym person.” Maybe they prefer exercising outdoors or they don’t prioritize their fitness at all. But without further explanation, it’s a statement that gives you very little to work with if you’re trying to tap into new audiences and increase membership at your health club.

So what prevents someone from becoming a so-called gym person? While lack of motivation can be a barrier for some, there are a lot of motivated people who choose to stay active in other ways, or who don’t like gyms for one reason or another. So we asked around on social media, and the answers we got may inspire you to change your approach.

Boutique offerings like CrossFit, SoulCycle, and Orangetheory Fitness are all the rage. “I do CrossFit because it’s a more directed workout,” said Laura L., a CrossFit member in Alaska. “The gym classes tend to be repetitive and aren’t as challenging.”

One way to combat this is to hire the right instructors. According to Jeff DiBiaso, vice president of community services at EXOS, what sets places like CrossFit apart is the community and camaraderie. “The instructors they hire bring out the best in their members,” he says.

With that in mind, aim to hire enthusiastic instructors who already have a following and can help build a sense of community. Feature them on your website and promote them on your social media. If you promote them, they’ll want to promote you.

While fitness studios are usually class-based with instructors guiding people through how to use certain machines, at a gym, people are largely on their own. That can deter novices. “I don't know what to do. I don't want people to see that I don't know where things are,” said Ian S. from Texas.

When we have the opportunity to educate people, they see the value in what we offer.

Offering a free personal training session can solve this problem, if trainers use that time to train versus laying down a hard sell. “The gyms that are most successful take a different approach,” says DiBiaso. For example, offer a free half-hour equipment orientation or commit to spending an hour with new members to answer questions and help them design a workout based on their goals. “When we have the opportunity to educate people, they see the value in what we offer,” he says.

No one likes to feel like they’re being sold. Ian also said that even when he was offered a free session, he steered clear because he assumed there had to be a catch. Being too pushy and competitive does more harm than good. “For the most part, it makes people uncomfortable, and it gives them that feeling of being at a car dealership,” says DiBiaso.

Instead of driving a hard bargain, tune into what the prospective member wants to achieve. Make it a consultation and teach them something valuable. Let the space, staff, and ambiance speak for itself. “Oftentimes it doesn't matter what the facility looks like; it's more about how it can affect and benefit them,” he says.

It’s not easy for people to put their weaknesses on display. That’s probably why Jack W. in California said he doesn’t like the gym because it means people will see him in pain. Even after an hour-long consultation, people may not be ready to put their fitness levels on display. Once you’ve gotten them in the door, your goal should shift to helping them become willing to stay vulnerable and come back a few times a week.

Start with the little things like leaving your front door open, making sure the reception area smells good, and greeting people by name. “Those are the types of things that make novices feel comfortable right off the bat,” says DiBiaso. Next, make sure they know about all the services available to them – even group exercise rooms when they aren’t in use. “Teach people how to get a proper workout with a yoga mat and some exercise bands in a group exercise studio. They’ll feel more at ease because it’s a little cornered off,” he says.

For potential members with kids, childcare or child-friendly activities are a non-negotiable. “Now that I'm a mom, I look for gyms that have activities for my kids, such as a swimming pool, water slides, and childcare if needed,” said Tonia C., a mom from Indiana.

You might think childcare is outside your scope, but it’s simpler than you think. “It doesn’t need to be a 500-square-foot room with video games and bouncy houses,” says DiBiaso. “You can do something pretty economical, and typically you can charge enough to at least break even.” Childcare is easy and affordable to roll out if you keep it simple, and it can increase your membership sales, especially if it’s not something other gyms in your area offer.

But let’s say you don’t have a space you can dedicate to childcare. Another option is to offer mommy-and-me group exercise classes. “If the gym is slow at certain times, a mommy-and-me yoga class turns into a nice revenue source,” says DiBiaso.

6. “The focus on vanity is off-putting.”

A body-positive approach to health and fitness is vital. Images of bodybuilders and fitness models don’t necessarily make everyone feel included and welcome. “Exercise is really important to me for my mental, emotional, and overall well-being, but gyms often make me feel like I should be focusing on whether I look a certain way,” said Colleen S., an avid hiker and newbie runner in Washington.

Make sure the imagery and messaging used in marketing and around your facility feels relatable to a diverse audience. If you target fitness buffs who already love to work out, know that you might be polarizing a whole audience who doesn’t find those visuals relatable. “Even terms like gym and fitness center are starting to go by the wayside,” says DiBiaso. “It's much more holistic and about overall health and wellness. It's a very different approach.”

7. “I can exercise at home or outdoors.”

“YouTube is my friend lately,” said Tonia. And when it’s not YouTube, it’s fitness apps that are making it more convenient to exercise from anywhere. According to Flurry Analytics, fitness app usage increased by 330% from 2014 to 2017. So finding a way to coexist with mobile technology is big.

“We see a ton of people that bring in tablets, set up in a functional area, and complete their workout with our equipment,” says DiBiaso, pointing out that the social aspect of going to a gym still tends to help people stay accountable. Whether it’s just being around other people who are exercising or finding a workout buddy to meet up with twice a week, there’s no reason your facility can’t be that place for people. It’s a matter of spreading the word: “Love your running app but not the summer heat? Our treadmills are here for you.”

Gait workshops, weekly trail running groups, or classes that focus on recovery methods like foam rolling and self-massage are attractive to outdoor enthusiasts.

As for those who prefer to be active outdoors, an indoor gym can still play an essential role in their routine. You just have to target your marketing and offerings. For example, gait workshops, weekly trail running groups, or classes that focus on recovery methods like foam rolling and self-massage are attractive to outdoor enthusiasts. Or maybe it’s a strength training class targeted at hikers or marathon trainees. “Those are the types of members you’ll be able to retain,” says DiBiaso. That’s because it’s already a lifestyle for them. You’re just helping them do it better.

Bottom line, while the fitness industry has enjoyed steady growth year after year, there are still millions of people around the world who don’t belong to a health club. According to the International Health, Racquet, and Sportsclub Association, 174 million Americans belonged to a health club in 2018. In July 2018, there were roughly 232 million adults in the U.S. ages 18 to 79. That's about 58 million people who ditched their gym membership or didn't consider one at all. The good news? That’s a huge audience to tap into. 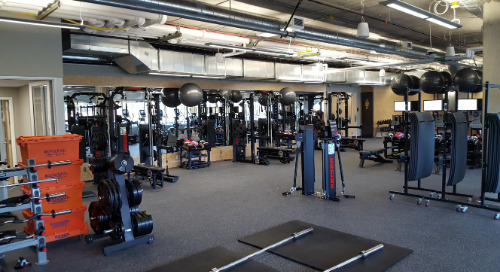 How EXOS goes above and beyond traditional fitness center management 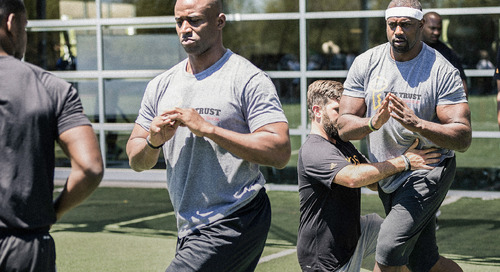 How to find success in retirement after a career in sports