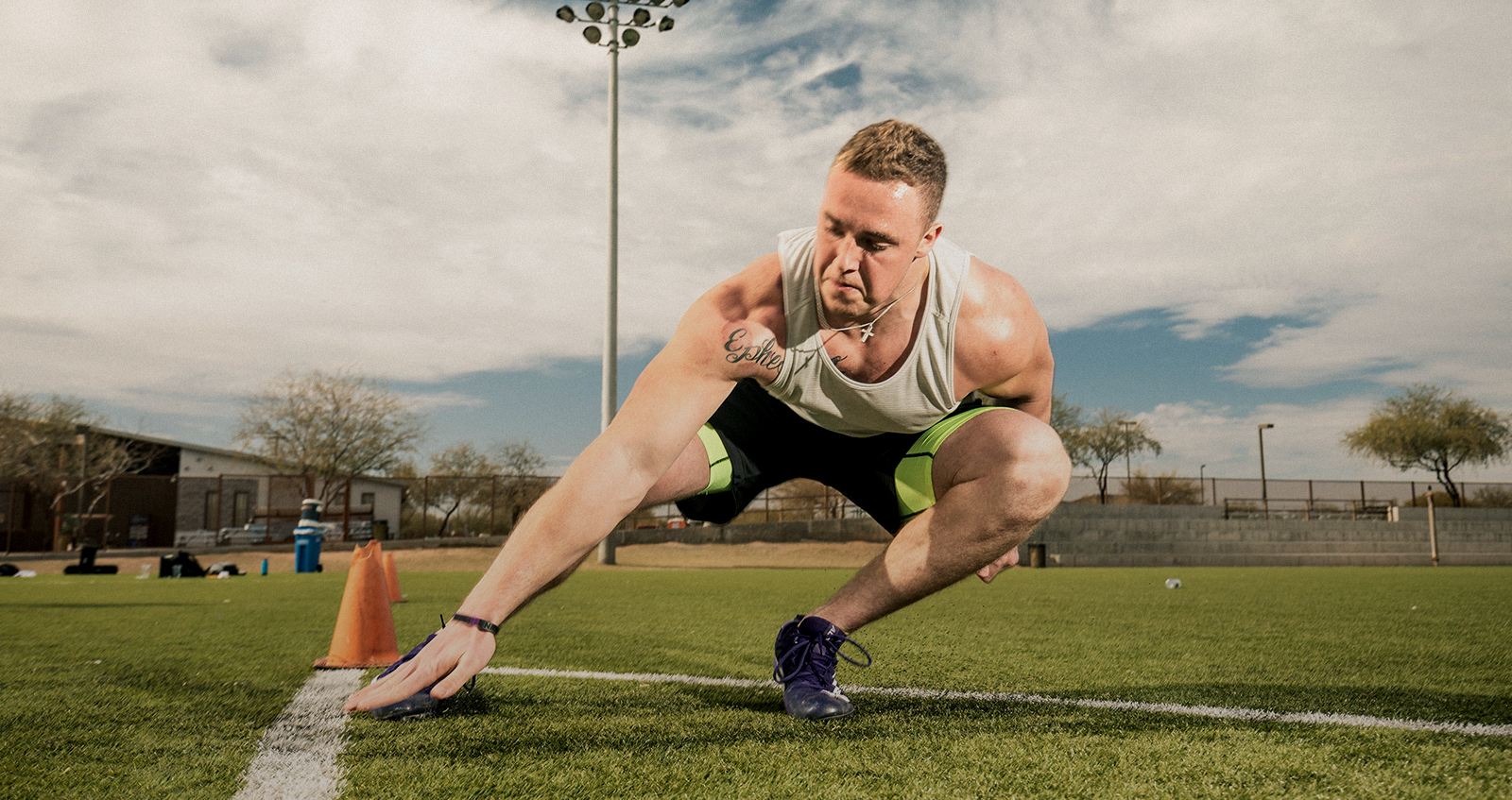 Ty Summers told his dad he wanted to play professional football after his first Little League season. He recalls his dad asking, “Are you sure?” several times. With a resounding yes, his dad wasted no time. “The next morning he had this whole booklet of workouts, running, lifting, you know, for like a whole week’s schedule, meal planning, all this stuff,” says Summers. And so it began.

At first, Summers was intimidated but knew that the guidance from his dad would build a good foundation for him. “I was bettering myself. I think that's what gave me a chance to be where I'm at now,” he said. He grew to love his time spent exercising and running football drills. He’s a Texas boy after all. But what exactly made him love the game so much?

It helped that he was a bigger kid who found quick success on the gridiron, but he grew to love the game for more than just success. “Being around people that are driven and have similar goals in mind and working together through all the speed bumps," he said. "It prepares you for life.”

But reaching any goal comes with growing pains. While he had a few moments to shine as a high school player, between a couple injuries and losing game time to other players awarded with seniority, Summers started to wonder if football was really what he was meant to do. His junior year, he threw a few interceptions during one of his first games back from a broken collar bone. This was a turning point. “I actually found a lot of joy in that time in my life and made that offseason a point to go and prove to others that I was the player that I knew I was,” he said. The summer between his junior and senior year, he attended college football camps and performed well enough to catch the attention of the coaches at Rice University. They offered him a scholarship despite only having played three games of varsity football. “That was a blessing from God right there,” said Summers.

He headed into his final year of high school with a new outlook. “I was going to have a scholarship regardless. And so with that mindset, going into my senior year, I balled out,” he said. That’s when TCU and other schools started knocking. He ultimately went to TCU and shifted from playing quarterback to linebacker. The position change was a shock to him at first, but he was up for the challenge, joking that he would have played nose guard if it meant he could attend a Big 12 school.

He was able to draw some similarities between the positions. “Being a linebacker on defense, you're essentially the quarterback of the defense,” he said. “You got to be able to lead and understand exactly what the corner, safeties, and the D-line are doing. That way you can do your job effectively.”

He still doubted himself at times. “It was challenging as a young guy coming in having always played quarterback, and then learning how to play linebacker in a very complicated defense. And so it got me stressed,” he explained. Like any great college player, Summers had to learn from his mistakes. “Whenever I got benched for a reason that I thought didn't make sense, I still pressed through it and just did everything I could to get better until it was my shot again," he said.

And by the end of his senior year, he racked up 271 tackles. It helped that he found some extra support and accountability in teammates Ben Banogu and Jawuan Johnson. “We were always pushing each other, getting extra work in, and watching extra film,” said Summers.

Now he’s ready for his next challenge — the NFL. But he wouldn’t just bring his skill to the league. “He’s a true pro,” said EXOS performance specialist Jonathon Barlow, explaining that he’s just as good of a person as he is a player. “He’s going to do all the little things right — lead by example on and off the field and hold his teammates to a high standard,” said Barlow.

Google his name and you’ll find other coaches and teammates who describe him as wholesome and good-hearted, qualities Summers credits to great role models. “I've had a lot to admire in both of my parents,” he said. “I know not everyone has the opportunity to have both their parents and so I feel extremely blessed.”

Now he wants to honor his family name. The dream? His name in lights. But he also wants an opportunity to pay it forward. He likes the idea of working with kids or finding a cause that doesn’t get a lot of attention. “I represent myself in a way that's honorable and in a way that my family feels honored,” he said. “I just always remember that someone's watching.”

Learn more about how EXOS prepares athletes for the NFL combine and pro days.

5 lessons from 26 years working in health and fitness