Home » Stay Inspired » Expect K.J. Hamler to be the kind of player who leans into challenges
× Share this Article 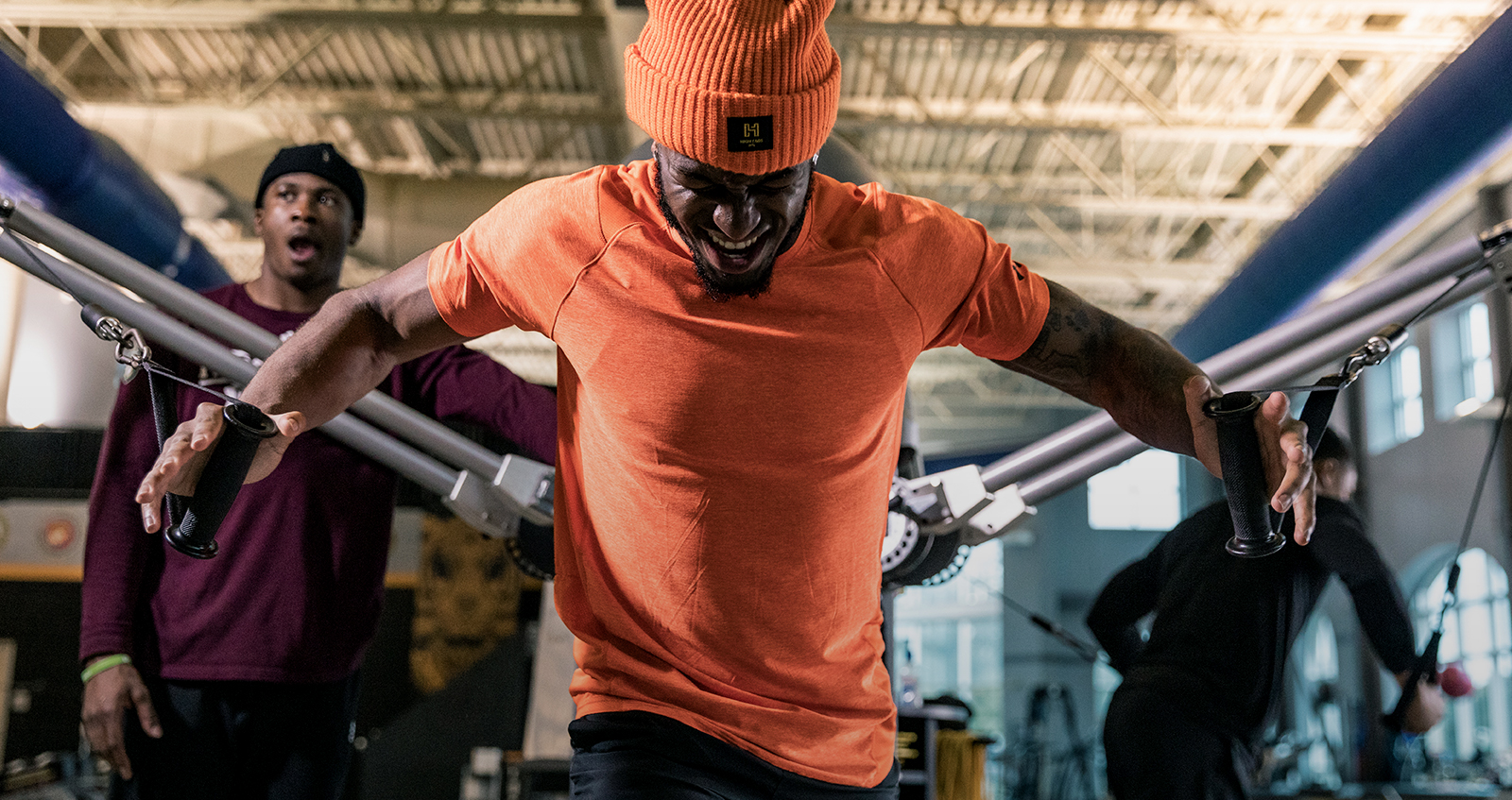 K.J. Hamler’s former coaches at Penn State haven’t been quiet about his ability to make everything fun. Games, practice, meetings — he’s there for it and he seems to make everyone else happy to be there, too. And now, he’s preparing to bring that energy to both the NFL combine and draft. For Hamler, it’s all about making people laugh.

“That’s my biggest thing. If I don’t make somebody laugh a day, that’s a problem for me,” he says. As we interviewed him at the midpoint of combine training at EXOS in Pensacola, Florida, his fellow athletes we’re doing the same to him, cracking jokes off camera. “You always gotta have fun with competition,” he says.

Hamler talked a lot about chemistry, saying you can’t do anything on the field without it. So of course, he had to give a shout out to Penn State quarterback Sean Clifford. “We just have that connection,” he says. It’s a bond Hamler is going to miss as he pursues his NFL dreams, but hopefully, it’s one that will also inspire connections on a new team.

In addition to being a positive guy, Hamler’s ability to challenge himself will take him far. He’s been working hard to improve in all the combine drills, not just the 40-yard dash, which he feels confident about. When asked about his goal, he says to expect a time in the 4.2 range. “I’m not taking 4.3 for nothing,” he tells us with a smile.

He’s stuck to his meal plan, slept better, and focused on how to increase speed by building power. And it’s clear he’s also having a good time. “Being here with guys that have the same goal as you, chasing the same dream as you, and always competing on every rep is the fun part about it,” he says.

What should NFL coaches know about him? “Being at the bottom and always rising to the top is something I look into,” he says. In other words, “I always play up.”

And his track record speaks for itself. He played his final year of high school football at IMG Academy, and now he’s opting to swap his final years as a college player for a spot in the NFL. He’s always got eyes on the next level. He’s always trying to improve.