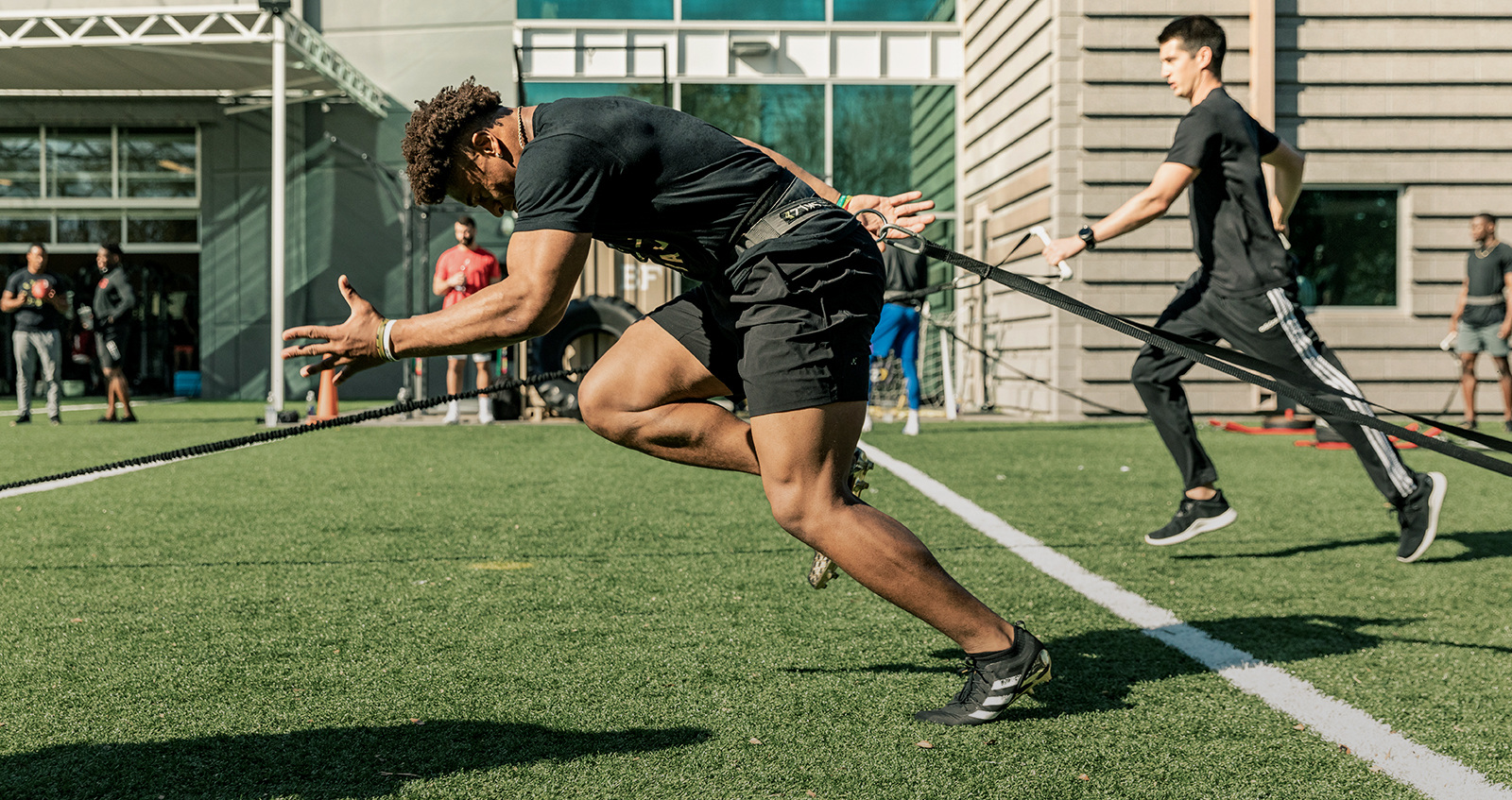 Jonathan Taylor started playing football in elementary school because he was tired of not being able to hang out with his cousin, who had to go to football practice. “After one or two years of that, I asked my mom to sign up to play football,” he says. “Slowly, it grew on me.”

He’s been working on his game ever since. “He always shows up ready to work,” says Jonathan Barlow, a veteran EXOS strength and conditioning coach who’s been helping Taylor prepare for the NFL combine. No doubt, his competitive spirit has upped the game of everyone in the EXOS 2020 combine group.

“Being with top guys around the country, everyone wants to set the bar, and you set the bar because you want someone else to break it. Because then that gives you something else to shoot for,” he says. With that attitude, it’s no surprise that EXOS coaches also refer to him as a true leader.

Taylor says one of the biggest things he’s learned since starting his combine prep is that it’s all about angles when it comes to the 40-yard dash. In addition to football, he’s a bit of a physics and a philosophy buff, so it makes sense that this would stick with him. And connecting all these interests has turned him into a thoughtful player.

“It all ties in together if you really think about it,” he says, launching into an explanation of how the right angles can help you put force into the ground and project you forward. Meanwhile, he associates philosophy with the mental aspect of football, how it can help you work through a play concept and decide how to attack a defense. And he’s been continuing to absorb more and more information during his time at EXOS, saying there’s always work to be done.

“I’ve learned a lot,” he says. “Every Saturday there’s education, like a board session. We’re watching film of us going through the drills,” he says. “Instead of just doing drills and trying to be taught on the field, there’s a classroom aspect where you can visually see yourself doing the drills and see how you can get better.” It’s clear that Taylor is all in.

Austin Jackson never thought football would take him this far