Recovery and routine have been essential to Jeff Okudah's combine prep 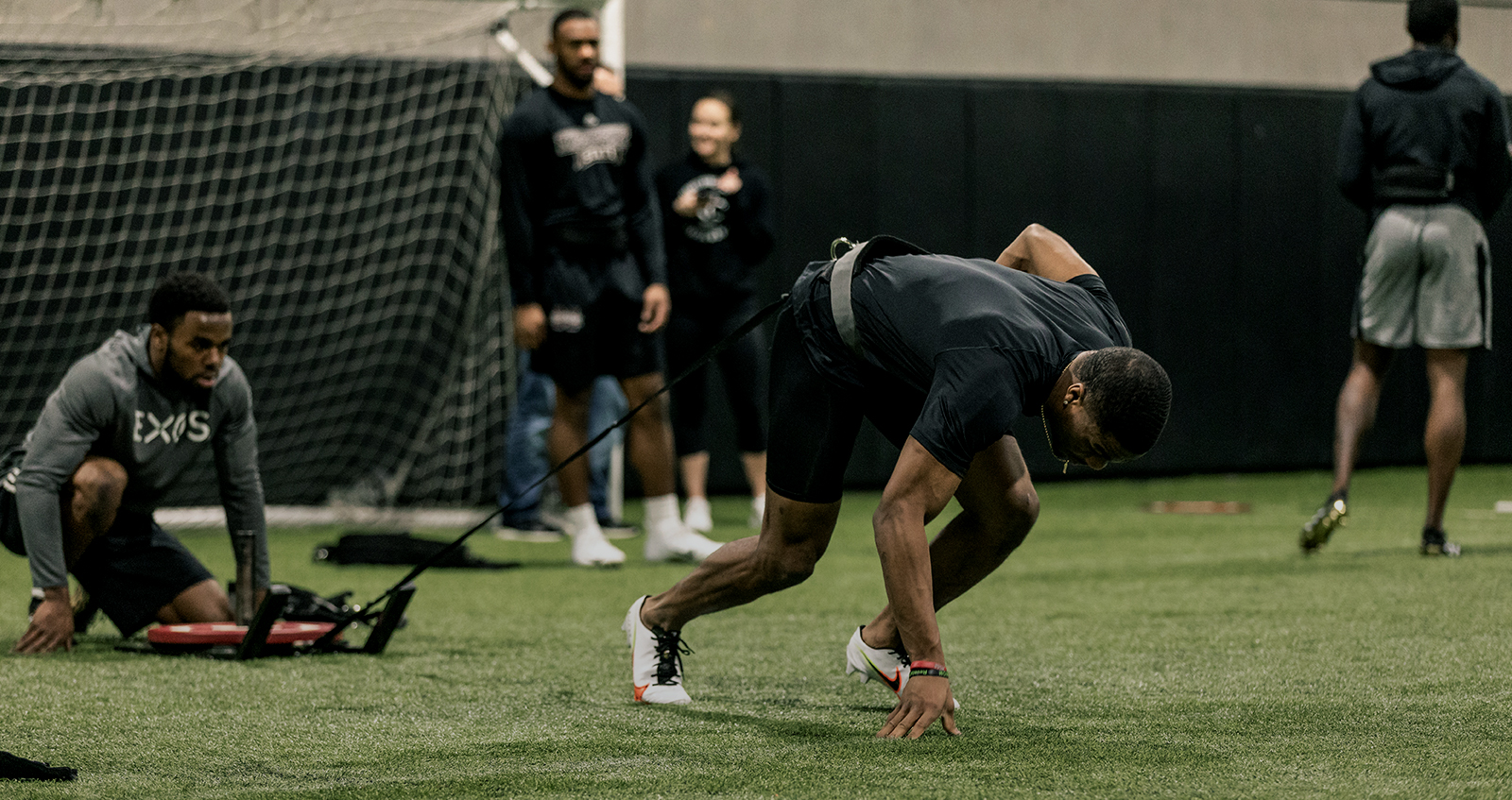 To know what motivates Jeff Okudah, all you have to do is read the letters he wrote his late mother after committing to Ohio State and when he declared for the NFL draft. She battled lymphoma for most of his life, and her memory continues to inspire him to be resilient when things get tough. He attacks every day to honor her.

“Keep pushing forward. Put one step in front of the other and keep going,” he says, talking about how his mom is still alive in everything he does. It’s been no different during his combine training at EXOS in Frisco, Texas, where he’s been focusing not just on his technical skills for the 40-yard dash and other drills, but also on the mindset and recovery strategies required to get to the next level.

He gets in early every day. He prioritizes time in the hot and cold tubs and on the bike (a form of active recovery). And of course, he’s stretching and performing corrective exercises. “For me, the recovery aspect is essential,” he says. “I’ve learned to appreciate the details that go into the craft, and I think I’ve become a better player because of it.”

The natural competition that comes with being around other guys training for the combine has also been important. He feels more explosive because of the work they’ve been doing. “It’s kind of like a competition within a competition,” he says. As they prepare to shine individually at the combine, they’re helping each other get better during training by continuing to raise the bar.

And that sentiment pretty much sums up the person behind Jeff Okudah the athlete. “For me, it’s not just about getting better myself,” he says. “I want to take guys with me, and everyone can shine at the same time.” He wants coaches to know he’s ready to learn, that he’s a relentless player who’s willing to acknowledge where they may want him to improve or evolve. With that attitude, his mom surely has a lot to be proud of.

How to work from home, run a home school, and not lose it