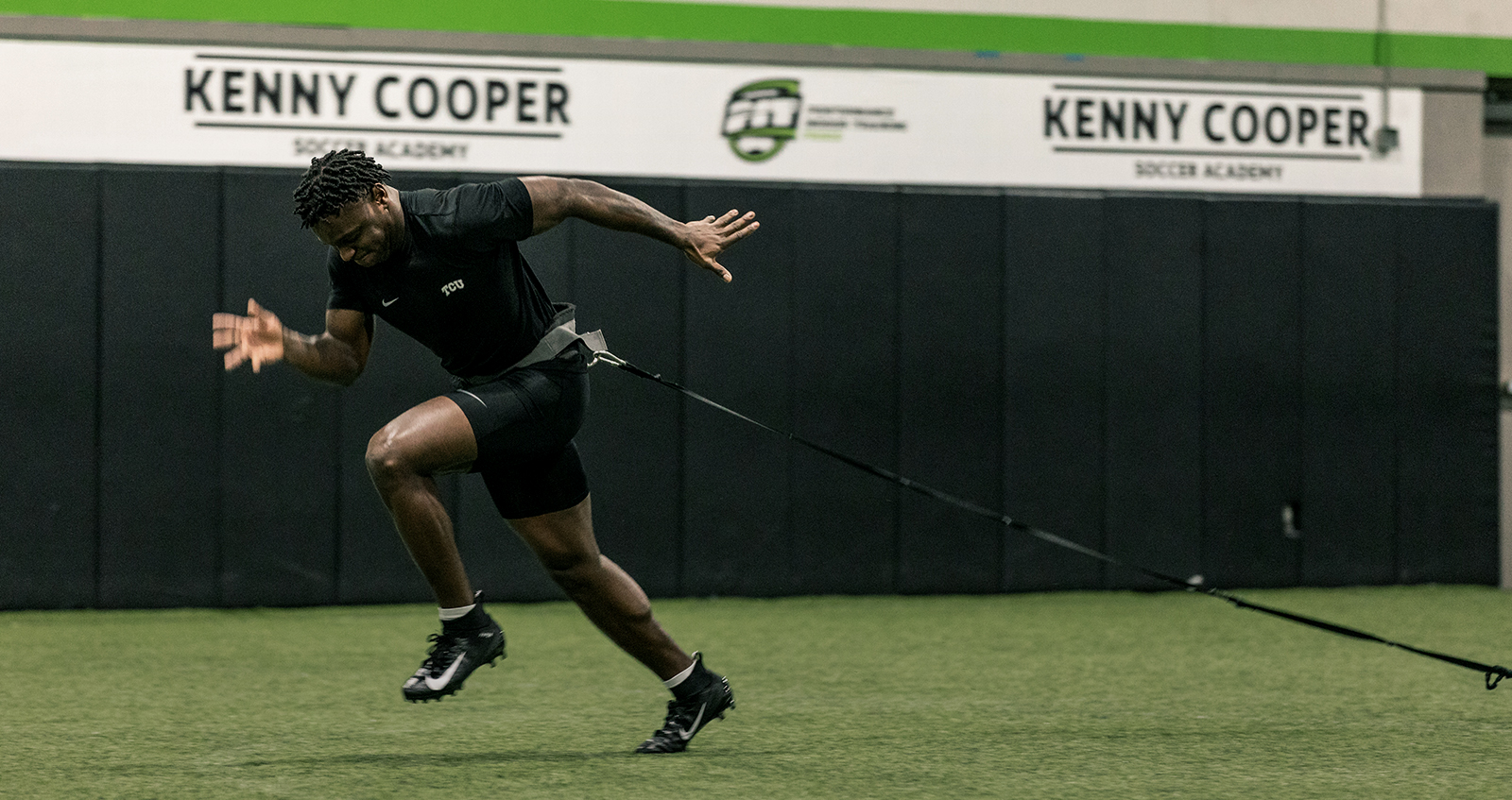 Jalen Reagor says his father, Montae, who played in the NFL for 11 years and won the Super Bowl with the Indianapolis Colts, taught him to be a student of the game. And that’s exactly what he’s been doing during his combine training at EXOS in Frisco, Texas. He’s not about to miss an opportunity to learn how he can excel.

As he prepares to crush the combine drills, he’s been getting more technical, and working smarter not harder when it comes to both speed and strength. “It’s making me stronger,” he says. “Just fine-tuning everything.” As fast and strong as he is, one of his best skills is his willingness to be a sponge and keep learning.

“When I got here, I learned more things about my body that I didn’t know,” says Reagor. For example, he has a new appreciation for his feet. As he improved his ankle mobility and hip mobility, and even simply learned the importance of taking care of his toes, he says he felt a difference in his running stance. “I just learned a whole lot,” he says. “I was like, wow.”

And his coaches? Well, they seem to agree that he’s one of the most coachable players they’ve trained. And that’s likely because he’s been learning from his dad ever since he picked up a ball. “He’s been in the game longer than I have, so I listen,” he says. A can’t-touch-me, know-it-all attitude isn’t part of his strategy, and he takes pride in being a player with a team-first mindset.

His journey as a professional player may just be starting, but he still remembers the early days. One of his favorite moments on the field is his first touchdown as a college player — a Hail Mary just before halftime against SMU. “I was shook up,” he says, looking excited just thinking about it. Could he make the same splash as a rookie in the NFL? He’s ready to try. “This is what I came here for,” he says. “I just gotta go all-in with it.”

Recovery and routine have been essential to Jeff Okudah's combine prep