Home » Stay Inspired » Devin White: A fierce linebacker with a soft spot for his horse
× Share this Article

Devin White: A fierce linebacker with a soft spot for his horse 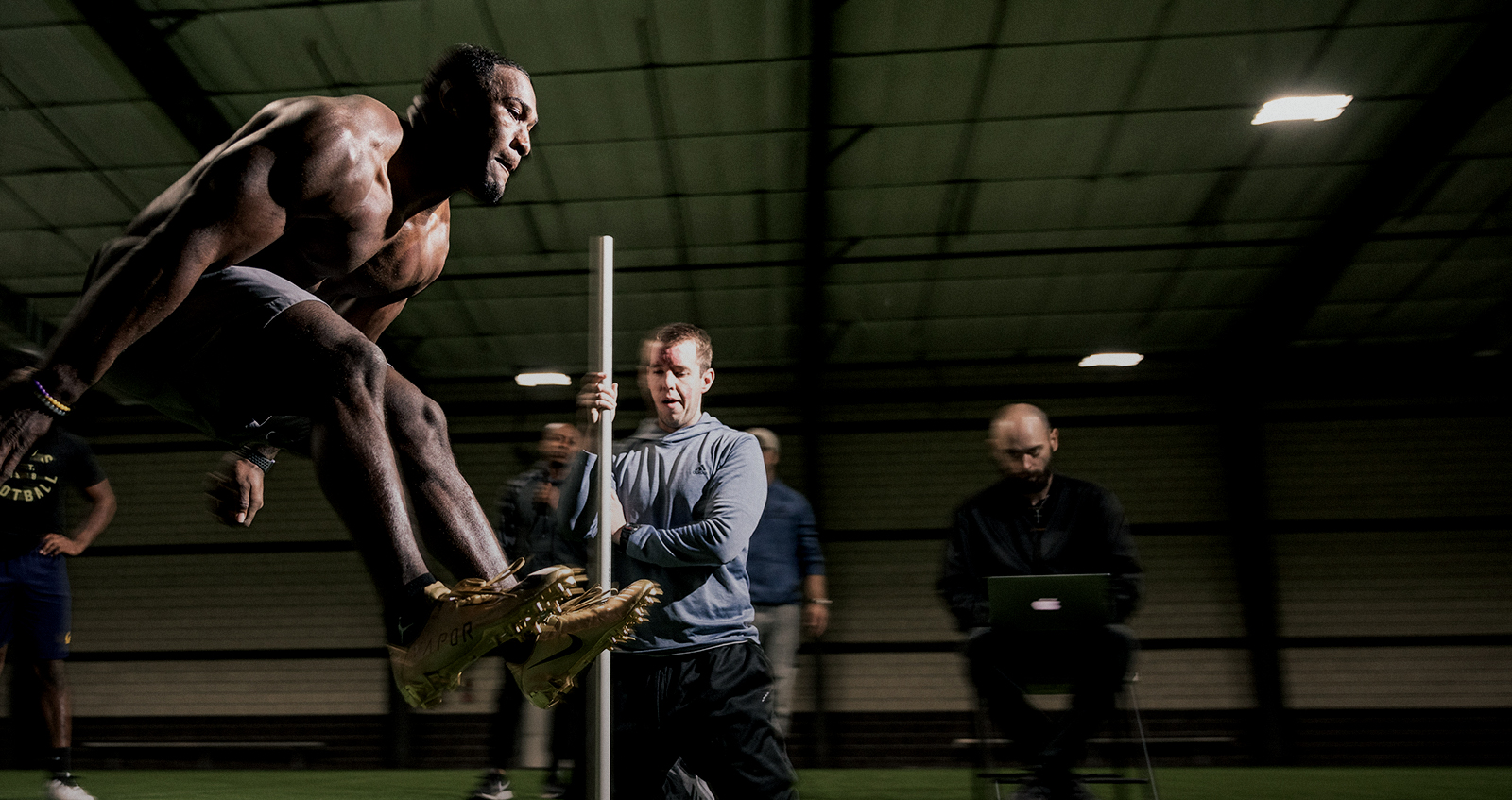 Devin White ran the fastest 40-yard dash for a linebacker at the 2019 NFL combine — 4.42 seconds. “I like to go fast,” he said. No surprise there. But he's not just talking about speed in football. He's talking about riding his horse, Daisy Mae, who came with him to Frisco, Texas, for combine training.

White grew up riding horses, but Daisy is his first standardbred. After seeing a video of her on YouTube, he arranged to take one of his tests at LSU early so he could drive to Tennessee, where he ultimately purchased her. “From that day forward, you know, it’s just been me and Daisy,” he said.

He even had the opportunity to ride Daisy in Tiger Stadium. “I had the best of both worlds that day,” he said. It was the stadium he dreamed of playing in as a kid, starting out in peewee football. Fast forward: He’s a junior on the roster with 286 total tackles under his belt and riding his horse on the very same field.

And when White was deciding where to train for the combine, it had to be right for Daisy, too — somewhere he could drive to check on her. “That is my getaway from the world. If I’m with my horse, I’m at the barn, no phone. Like I can leave it in the truck and forget about it,” he said.

Between his hard work at EXOS and taking time to ride Daisy and relax, White was able to put up solid numbers at the combine. His time in the 40-yard dash was not only No. 1 for a linebacker in 2019, but it was also the third-best time for a linebacker overall since 2006. He also had the second-best vertical jump for his position.

White came into combine training prepared to make up for lost time because he had waited until the last minute to declare for the draft. “I had it in my mind. Like if I go out, I gotta really turn on something in my head and go to work, and I knew it was going to be a struggle trying to catch up to the other guys,” he said.

He wasted no time and often showed up early to take advantage of physical therapy and recovery services. “There’s no question that Devin is one of the most powerful linebackers I’ve ever been around,” said Brent Callaway, director of performance at EXOS. “He’s very mature for his youthful age of 21 and has natural leadership ability.” Callaway is certain that whoever drafts White will have a solid player to build a defense around.

During White’s combine training, he was able to work on areas he hadn’t prioritized before, such as mobility. “Joint mobility is critical for professional athletes,” said Callaway. “In Devin’s case, gaining ankle and hip mobility was essential for his speed. The additional mobility he gained allowed him to increase his stride length and achieve better deceleration angles in his cone drills and position work.”

But performing well at the combine and entering the NFL draft was about more than football for White. “Where I come from, a lot of people feel like they can’t make it because it’s so small,” he explained. He hopes to use his platform to encourage other kids to not let that get in the way. “It can be becoming a doctor, a lawyer, a dentist. I just want them to believe that they can do it.”

He wouldn’t trade the way he grew up, but he wants to provide more for his family. “I didn’t grow up watching my mom have the nicest things,” he said. “I was always at my grandmother’s house because my mom had to work so many hours just to provide.” That’s why he steps on the field, why he wants to be the best.

And don’t worry, Daisy Mae is family, too. He has dreams for a big red barn for Daisy and the other horses he hopes to own. But most of all, he’s ready to find his new team. “The No. 1 thing that I love about football is the brotherhood that you build,” he said. “The brothers that I made at LSU will forever be my brothers. But now it’s time to do it again.”