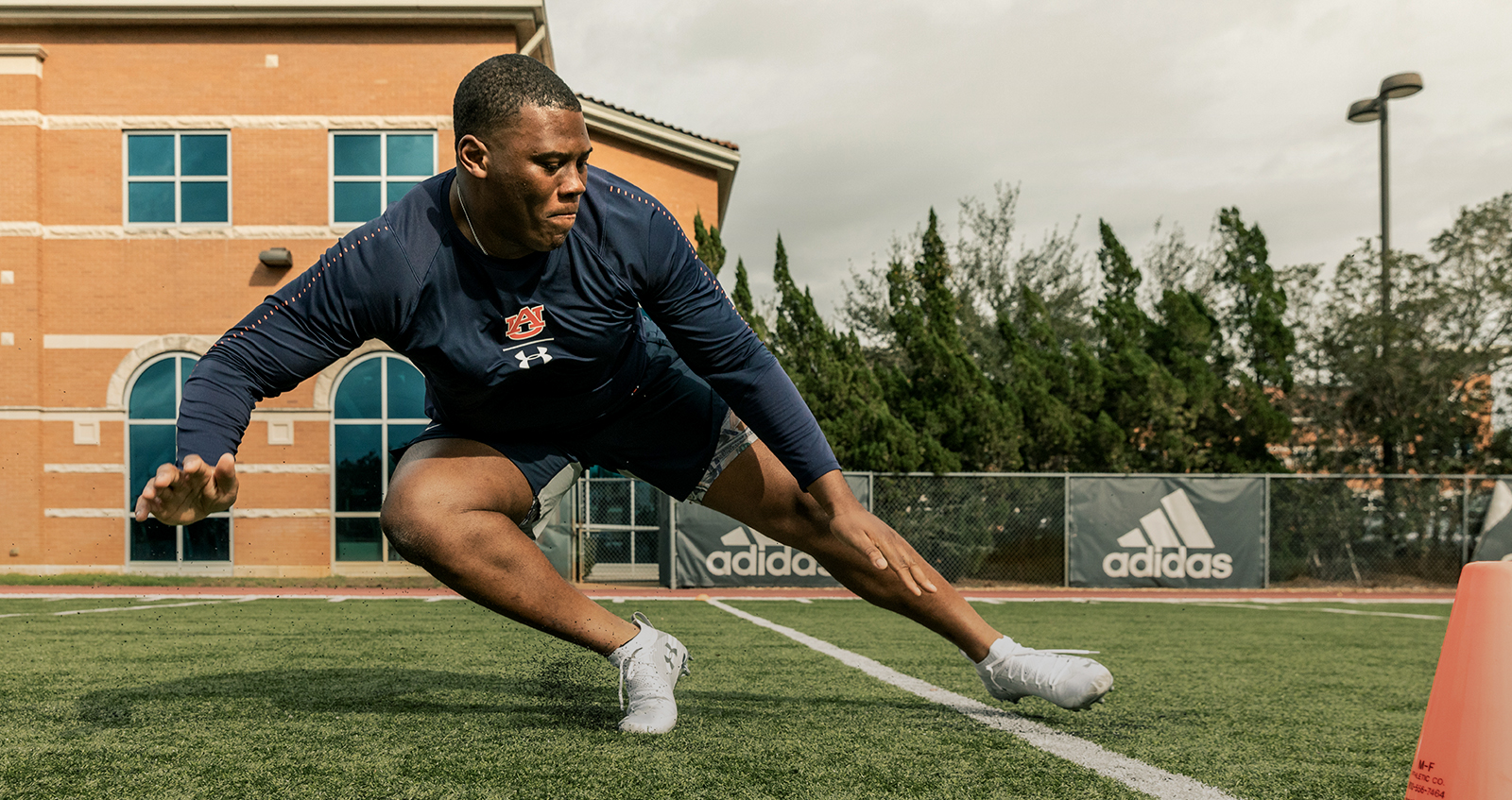 “I want to be like my dad one day.” These words hold more weight for Derrick Brown nowadays because his son, Kai Asher Brown, was born in December of 2018. Brown felt that way about his father growing up, and now, it’s all about being the kind of guy he hopes his own son can idolize one day.

“I didn’t really realize the true meaning of what comes with that,” says Brown. “I get up every single day knowing that this is my job. I gotta be able to take care of my son.” That’s why he decided to forego the NFL combine until after his senior year — so he could leave with a diploma. “I don’t want my son to ever look me in the face and say, ‘Well why do I have to go do it if you didn’t do it?’”

He gives his parents a lot of kudos for how he turned out, saying they worked countless hours to provide for him and his siblings. And he hopes he can keep making them proud. During his training at EXOS in Pensacola, Florida, he was intrigued to learn more about running mechanics, and he knows the work he put during training will lay the foundation for him to make a statement at the combine.

“That tenth of a second, it matters a lot,” he says. “If you choose to not pay attention and do those little things, the little things are gonna make a big difference.” The nutrition aspect and focusing on dietary changes were also a shift for him, but once he bought in, he went from dreading his workouts to looking forward to them.

And no matter what happens on draft day, he’s proud of that diploma. When asked to look back at his time as an Auburn Tiger, he said the victories on the field were all special in their own way, but graduation day was his most memorable moment. “It was kind of one of those things that hit me like, ‘man it’s over. You did it.’” And we have a hunch, he’ll get the same feeling at the draft.