Austin Jackson never thought football would take him this far 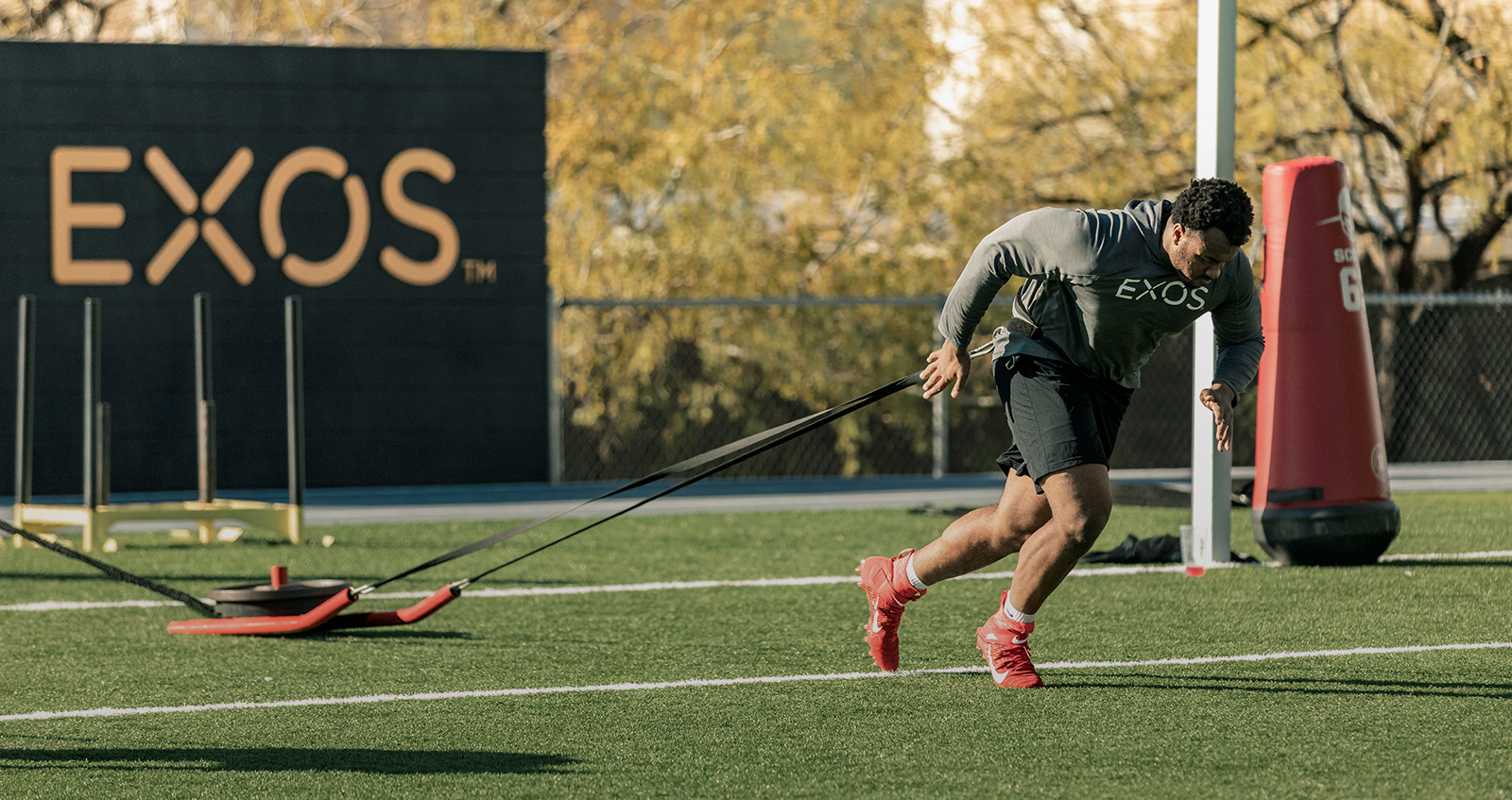 Like many NFL combine recruits over the years, Austin Jackson comes from a football family. His dad played for UNLV, and both his uncle and grandpa played at USC. That makes him the third generation in his family to wear a Trojans jersey. But he wasn’t one of those kids who got his start in peewee football.

Up until his freshman year in high school, he was a basketball kid. As he was starting high school, the football coach approached him, impressed with his size. You could say the rest is history. One high school diploma and three college seasons later, the NFL combine is calling.

While many expect Jackson to be a first-round draft pick, he never anticipated that football would take him this far. “I remember my first collegiate offer my sophomore year, I still didn’t believe it,” he says. “It’s wild, and I’m still thankful for all of it.” One of his favorite moments is winning the PAC-12 championship his freshman year. “To be a part of something like that and just be around a bunch of great athletes and seeing what a winning team does was really important,” he says. “It was huge for me.”

Now, with the NFL combine and draft approaching, he’s making sure he’s prepared for the next level. “He’s an extremely coachable athlete who has been on board since day one,” says Jonathan Barlow, a veteran EXOS strength and conditioning coach who’s been helping Jackson train. “He moves well and he’s really explosive.”

Combine training at EXOS brought him back to his hometown in Phoenix, Arizona, where he says it’s encouraging to be close to family. He donated his bone marrow to his sister last year, who was diagnosed with Diamond-Blackfan anemia at a young age. “It’s exciting to be around her, just seeing her more every day. It’s huge to have her around me.”

But besides bringing him closer to family, his training has led to new bonds as well, learning with and from other top guys. “You feel it. I felt it in my first workout with the team,” he says. “Everybody wants to be at their best and everybody wants to push each other to be their best.” And Jackson is ready to bring that energy to the combine events.

Looking for the perfect job? Trust that it will find you