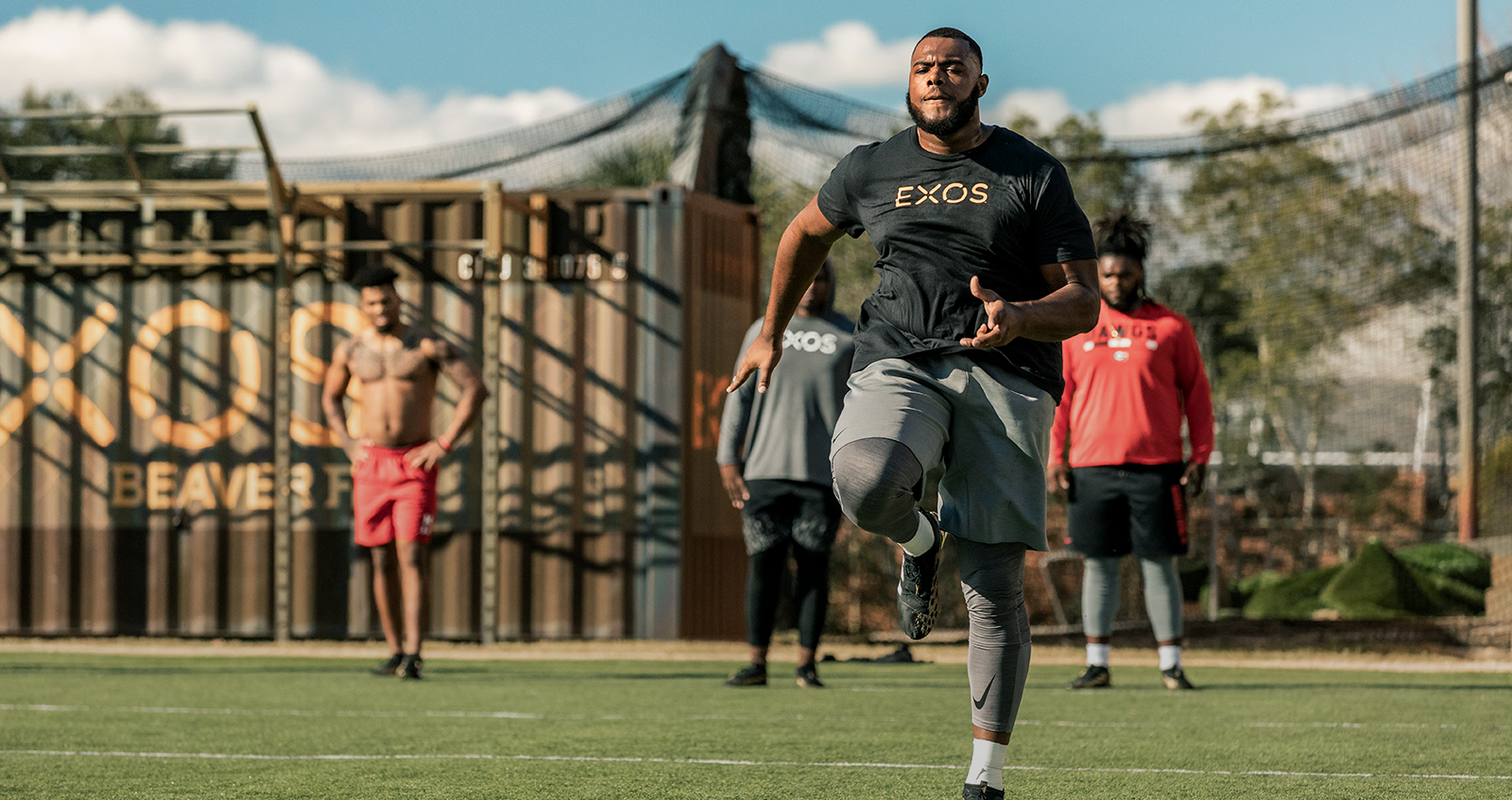 Andrew Thomas celebrated Thanksgiving by helping out with a turkey drive in his hometown of Lithonia, Georgia. And when you ask him what he wants his legacy to be, it’s not just to be a good blocker and make tackles. It’s to be a good man.

“Obviously I want to be a good football player,” says Thomas. “But when your teammates and the people that you’re going against, when they respect you, that’s when you really know that you’re performing at a high level.” Rewards are great; respect is better.

Thomas has no problem listing what he thinks his strengths are, saying he can pass and run block, he’s athletic, a good technician, and he understands the game. But he’s also ready to be coached at all turns. “I’m always looking forward to taking new tools from coaches and other players, trying to make my game better,” says Thomas.

He’s been training for the NFL combine at EXOS in Pensacola, Florida, where he was down 20 pounds mid-training. “The biggest difference I think for me is the nutrition,” says Thomas. “I’m eating the right foods and getting good fuel. I’m starting to see transitions in my times and getting stronger in the weight room.” His hard work is paying off.

You might watch the combine and think the most athletic finish first. But Thomas realizes it’s more than that. He’s been busy breaking down drills, or as he says, "taking in the technique and being culturable" so he can learn everything possible before combine day. “You can be the most athletic person in the world, but if somebody has more technique, they can put both together and perform better.”

And he’s, of course, enjoying the camaraderie along the way, appreciating the friendly competition that comes with being around other guys who are trying to make it to the same place. “Our whole group, we work hard together,” he says. “We try to push each other.”

His ability to challenge himself goes beyond football. He also has a passion for music and grew up playing the drums, something he put aside to take football seriously. Meanwhile, he’s been trying to teach himself how to play the piano in his free time, so don’t be surprised if his football success comes with a soundtrack.